The following videos will show you step by step how to download and install the Arduino Integrated Development Environment, or IDE for short.  We'll also be setting up some preferences in the IDE.

The phrase Integrated Development Environment may sound complicated and crazy, but it's really not.  To be perfectly honest, it looks and feels a lot like a text editor, such as Microsoft Word or Notepad. 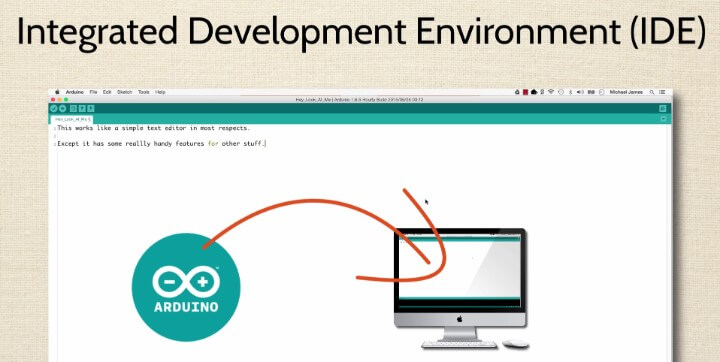 Arduino IDE is simply a small software program that we're going to load on our computer.  It's where we'll write the code that actually gets loaded onto the Arduino board.

It is completely free to download and use.  Understand, though, that it's updated all the time.

Being kept updated is a good thing.  You just need to make sure you are aware of which version you are using.

Usually the updates are fairly minor and only affect the appearance of the IDE.  Maybe the some of the menu options will be reorganized, or maybe some keyword coloring will change.

However, generally speaking, the IDE maintains a consistent look and feel from one version to the next.  I really can't stress enough that it doesn't matter which version of the Arduino IDE you're using while you follow along in the course.

The Version for This Course

For this course and all of the videos, I used Version 1.6.6.

Depending on when you take the course, there may be a newer version of the Arduino IDE available.  Maybe some of you already have a different version installed.

As I said before, the lion's share of the changes from one version to the next are very trivial.  The computer code and concepts taught in this course, though, always stay the same.

Now, I understand if you want to get the exact same version that we use in the course.  This will ensure that everything you see in the videos is a mirror image of what you'll see in your Arduino IDE software.

To do this, just make sure you click on Version 1.6.6 when you install.  This and all past versions of the Arduino IDE are kept on the Arduino website. 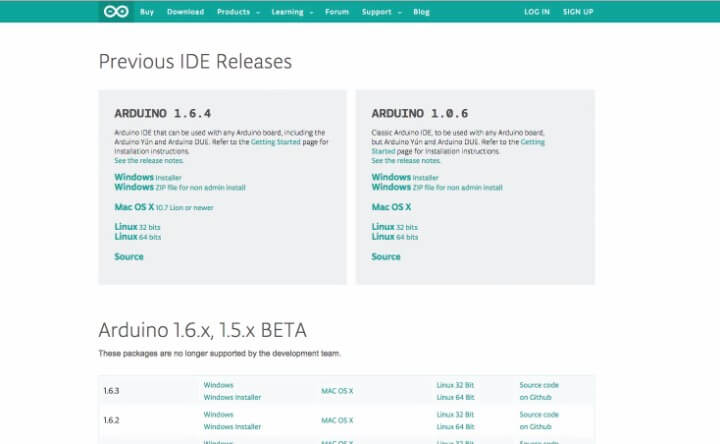 We'll discuss this further as we walk through the next few lessons.  I can’t wait to get you up and running!